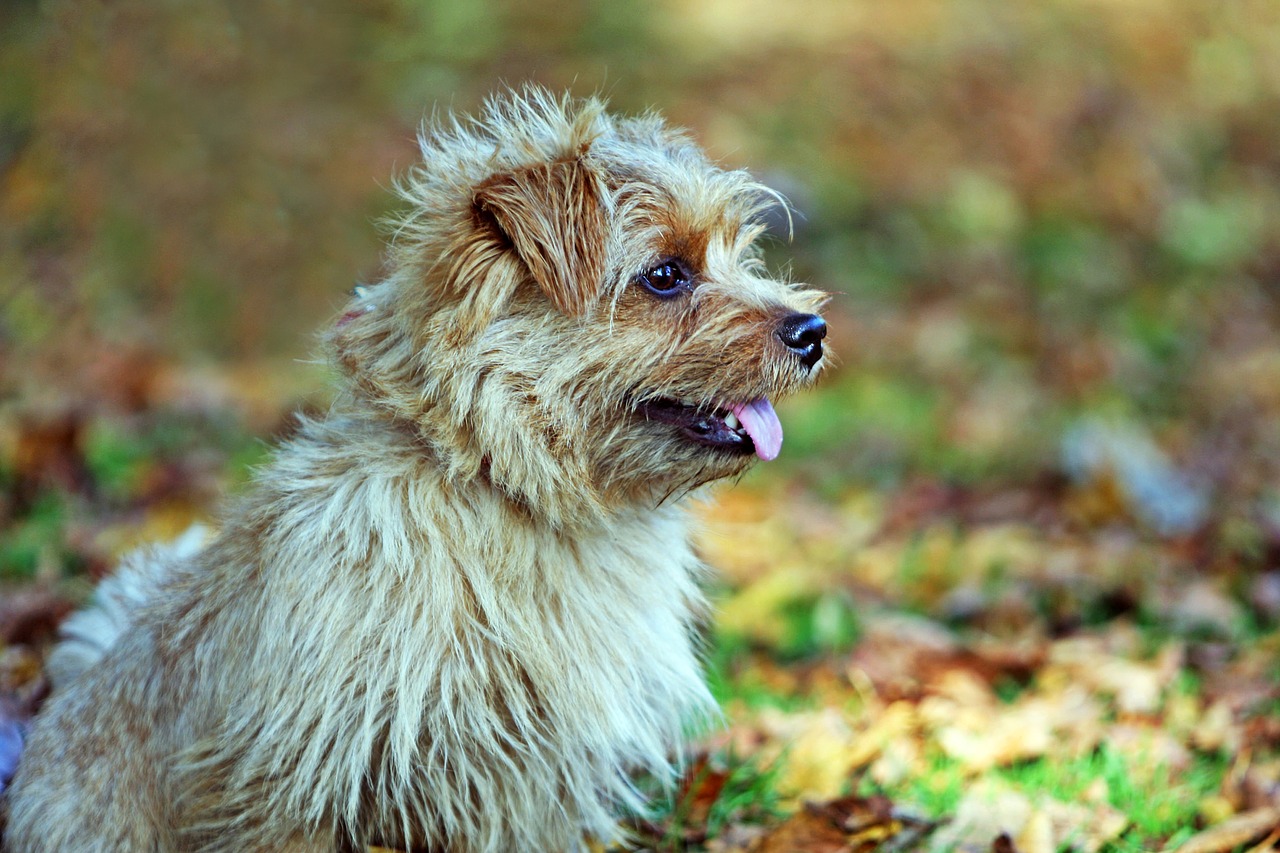 Norfolk Terriers are considered a ‘toy’ breed of dog and they were originally bred as a ratter. Norfolk terriers have been around since the early 1800s and originated from Norfolk in eastern England. These dogs were first called Norfolk terriers, Norfolk Toys, or even Norfolk Spaniels. It wasn’t until 1920 that they were officially called Norfolk Terriers. Norfolk terriers are average-sized dogs with semi-long coats. They have the appearance of being small in size but sturdy in the build which is very true to their origins as ratters. Norfolk Terriers weigh between 13 lbs – 18 lbs and stand 8 inches to 11 inches at the shoulder when fully grown. Their coat consists of a coarse outer coat with a soft undercoat underneath their body which protects them from tree sap, burrs, dirt, and other outdoor elements while they are hunting down prey on farms or estates where they would be working. Norfolk always has one of three different color combinations; Black & Tan, Tri-Color, or Wheaten. Their tan markings are always on their legs, face, and ears. Norfolk terriers have a very sweet expression to them along with small button noses and dark eyes.

Norfolk’s are very even-tempered little dogs who can sense when their owner is in distress and will do everything they can to make sure their owner is happy. Norfolk terriers, however, should not be around really young children because the Norfolk could unintentionally nip at a child while playing due to Norfolk terrier’s hunting instincts, so it’s best for Norfolk’s to have older children or play with children outside where the Norfolk cannot get over-excited about being around other people or furry friends. They are usually okay being left alone for several hours at a time as long as they have something worthwhile to keep them busy like ratting toys or other interactive toys that require them to work for treats.

Before Norfolk Terrier ownership is taken seriously, it’s important to make sure Norfolk terriers are allowed in homes.