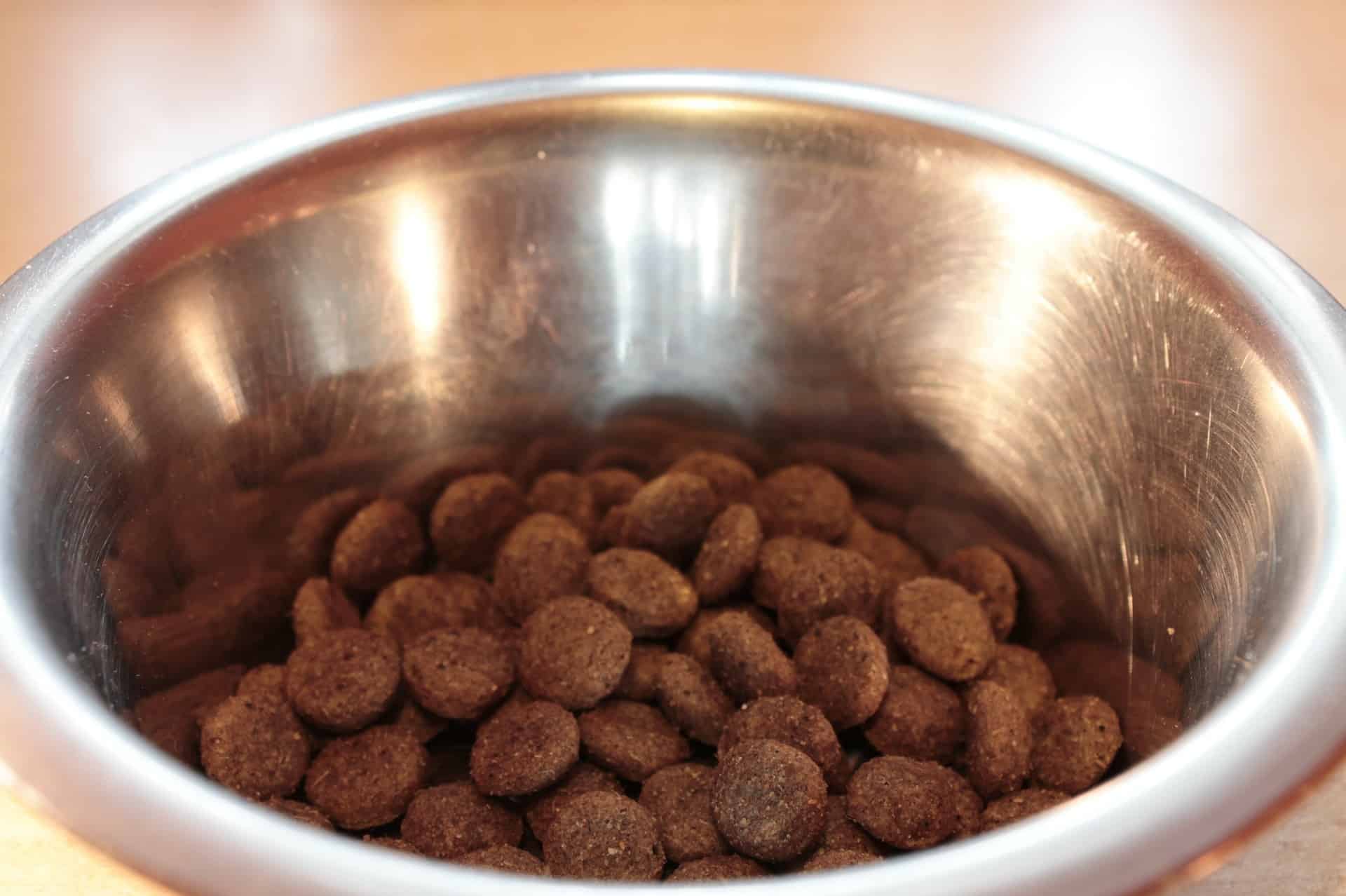 The temperature matters. In the summer, bacteria grow fast on anything that they can digest. If it’s ninety degrees out, you want to keep on top of your dog’s ceramic bowl; dogs may be famously able to eat genuinely disgusting things, but that’s because, when they eat something wrong, they’ll yank it right back up. You don’t want that — poor pup.

The easiest way I’ve found—with cat bowls, as I’m currently dog less, but works with dogs too—is to buy a few sets of pots and keep them in the cupboard. Pre-wash in the sink, then put them through the dishwasher along with your dishes. If you are, as recommended, using a plate for at most a day before washing it, this doesn’t mean putting a gross disgusting dog bowl in your dishwasher. Anyway, why would you be so mean as to feed a dog from a dish that’s so nasty you wouldn’t want to put it in your dishwasher even after you’d scrubbed it clean? Shame on you if you do!). Dishwashers use very, very hot water, which is better than hand washing at sterilizing your dinnerware. If you have multiple sets, you wash one while you use another.

So yeah, temperature. Summers are germ city if you leave the dog bowls around, and you do NOT want to deal with a pooch who’s got food poisoning. 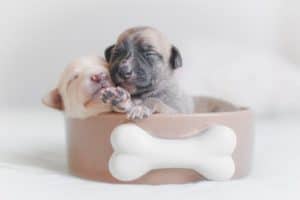 Can I Use One Ceramic Bowl For Two Dogs?

It’s an excellent idea to have two dog bowls. Dogs will demonstrate a range of behaviors regarding just about anything, even their feeding habits. You don’t want to find out too late you have two dogs that aren’t good with sharing.

That said, I’ve seen dogs share bowls, and I’ve seen dogs attack anything come near them when eating. It depends on how they’ve been conditioned and socialized. 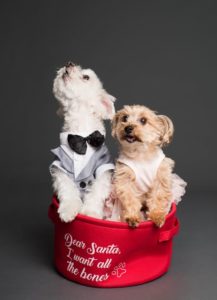 That being in say, I’ve learned a little trick through experience when introducing two new dogs to one another for the first time. I quickly get both their attention with the scent of treats, and I have them both sit facing me while I have their attention, where I’ll then give both of them a significant amount of high value treats such as beef jerky. Reinforcing that together, we are all part of the same pack; that they will both be fed simultaneously under my care. this has helped me and gone a long way in instantaneously creating a workable bond, from which significantly less aggression is passed along between the two newly met canines if any at all.

Practice this often if you’d like to change their behavior towards one another over time. Please pay attention to what you are doing and don’t make the dogs feel like they need to covet or compete for your attention, or especially over food. If you want your dogs to behave peacefully, become a Buddha nature.